Alumni of KMEA plays a major role in the overall development of students. Industrial Experts in alumni assisted students in developing a project, Hospital Management System(HMS). It is a web application which aims at computerising health care system. It introduces an efficient management system for hospitals which reduces labour effort and provides a automated system. Students from S8 CS implemented the HMS after fruitful discussions with alumni. 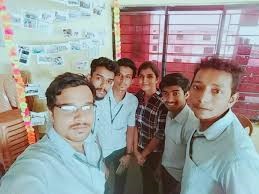 Final year student of Computer Science Department, Ajmal designed a compiler for creating graphical games for PC within short span of time. AGC have a standard program structure to specify a computer game. The compiler inputs a structured text file. The text file is an object oriented form of a computer game. The major feature is the use of less number of lines of coding for any kind of games. If a game is coded in Java then it require a minimum of 200 lines of code even for a simple game,where as in AGC, it only require 20 lines of code. A game may include a number of images, sounds and a program structure which specifies the logic of the game. The AGC compiler can translate the program structure into a pure Java code and then into byte code and the game is run automatically by the Java interpreter.