ETHNOS - CS Association, was inaugurated by Shri. Manu Zacharia, Information security evangalist and a well-known ethical hacker on 12th September 2013. There was a technical talk on ethical hacking by Shri. Manu Zacharia. ETHNOS hosted an intra-collegiate competition on technical events like Tressure hunt,C- debugging and Technical Quiz. The success of ETHNOS has made us to think about an inter-collegiate tech fest, VELOCIS 2k14. VELOCIS 2k14 was held on 13th and 14th of March 2014. VELOCIS 2k14, an inter-collegiate tech fest was held on 13th and 14th of March 2014.On 13th of March, it was officially inaugurated by Shri T.P Sreenivasan, Former Ambassador of India to UN and executive head of Kerala State Higher Education Council. A technical talk was conducted by Mr Amarnath Shankar, MD and C.E.O. of CAT entertainments. An enterpreneur talk was conducted by Gokul K S, Director, Strategic Alliances from start-up. As part of the tech fest, a Flash Mob, in association with “Save the Children”, an international organisation working for children rights in 120 countries, was conducted in all the City Malls.

The short film festival, FEATURETTE was conducted in the college and the event was judged by Mr.Abrid Shine (Malayalam movie director) and prizes were awarde by film director Mr.Ashique Abu. 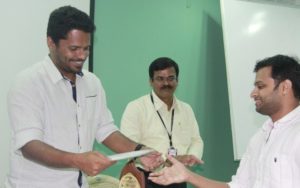 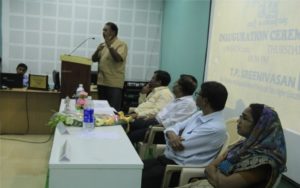 There was an initiative by the students to bring about changes in the lives of less privileged children by supporting for health, education, disaster relief and also much more. The students kick started the activities by conducting social awareness programmes before the public at major hotspots of the city.